I was recently asked to write a blog for The Shold Media Group about my journey from studying science to journalism. Check out this amazing platform in the link below! The group is full of fabulous content from young and experienced journalists. “When we can no longer change a situation, we are challenged to change ourselves.”

Have you ever gotten that feeling that you are not doing what you should be?

Of course, I’m not talking about the times you skip laundry day right before your socks run out, or deciding whether the gym or Netflix is going to do it for you on any given night.

I’m talking about the real moments: the ones where you question everything, and the ones that end up defining you. The reality is, if you listen to that gut feeling telling you a change is in the cards, it will help you make an important life decision.

I had that exact feeling when I was in University. I vividly remember sitting in my Chemistry lab thinking to myself, “When the heck do I plan on using this?” I sat in full lecture halls alongside hundreds of other students who, I’m guessing, were as unsure as I was about the future. The fact was, I was a Science undergraduate–and I liked it, but I had no plans of pursuing a career in a science field. The real question is, why did I feel the need to apply for an undergraduate in Life Sciences?

As a varsity athlete at McMaster, I found solace on the volleyball court when I wasn’t pushing my nose through textbooks. So you’d be forgiven for thinking I probably pursued athletics after I’d graduated. Instead, I’m in a post-graduate New Media Journalism program at Sheridan College. Every time someone finds out my previous area of study they give me that confused puppy dog look. As soon as I see that, I usually dive into this next part about how I discovered my true passion.

You see, the problem was, I was pursuing a degree I thought I was supposed to. You may be thinking, “Amanda, that’s ridiculous, why would you think something like that?”

Well, society was telling me that I should go into science because there were jobs in science and people will be proud of me if I pursue science. And as a naive teen without the slightest idea of what I truly wanted, I listened.

At that point in my life, I was far more focused on my varsity dream than making shrewd choices for a fulfilling career. I constantly felt like a drone, memorizing vast amounts of information one day to just regurgitate it and delete it from my hard drive the next.

What do you want? I encourage you to stop and ask yourself this question.

If you need to change something about your life, it may be the time to take action. “The best time to plant a tree was 20 years ago.

The second best time is now.”

However, with all of this being said, I don’t regret taking science before becoming a journalism student. The reason I was content learning about science wasn’t because I had a yearning desire to balance chemical equations, or to learn about the inner workings of a cell membrane.

Rather, it was my relentless curiosity about how the world works. I enjoyed learning and then writing about what I had learned. My goal in University was to learn a little bit on every topic. And with that knowledge I could relate to as many people as possible.

Learning about the world, enjoying a vast range of topics, and talking to people.

…How did I not know journalism was for me!

After graduating from McMaster, I found myself working a nine-to-five, wasting my days away with repetitive work and dull task management. My partner Justin was always after me about what I truly wanted to do in life. He saw me captivated by the mere thought of broadcasting and journalism, but in my mind this was just a pipe dream.

My melancholy days became a little brighter when I decided to dip my toes into the bloggerverse. Justin suggested I practice writing to see if it was something that captured my heart, so I started my blog, Below the Blonde.

Immediately, I found clarity working on my online platform. I realized I needed to push my boundaries and explore journalism in all forms. I reached out to a friend of mine, Marshall Ferguson. Marshall was the quarterback of the McMaster football team at the time, and also had a knack for broadcasting. We created a startup broadcast called The Marauder Report, and made weekly videos updating our modest YouTube following about happenings within McMaster sports. Eventually we were picked up by Ontario University Athletics (OUA) and streamlined into a weekly radio show. The show broadcast on McMaster’s Community Radio channel 93.3 CFMU, covering all sport across the Ontario University circuit. Soon after, I was recruited to be the live color personality for OUA volleyball and finally I felt at home. Needless to say, at this point my feet were more than wet, and I was ready to dive right in. The water has been great!

My journey did not start as simply as spreading my wings and soaring into the sunset. Rather, I had people in my life nudging me towards the edge until I couldn’t hold on anymore. I put myself in a position where I had two choices: either build my wings on the way down, or become an ACME character. I made the decision to apply to a year-long accelerated Journalism program at Sheridan, and I’ve never looked back. The fact of the matter is, if you have the courage to take a chance on yourself, you may be surprised.

No experience that has led you to this moment was a mistake. All those choices you’ve made have irrevocably shaped you—though they don’t have to utterly define you. I don’t regret my science background, but I would regret not following my dream in the long run. I remember watching the news and thinking to myself, “Wow, how I would love to be a reporter. That would be the most amazing job”. Don’t let those moments slip by. When something lights a fire in you, fan those flames. Now I’m coming back to that edge. Influenced by my background in athletics and science, I have chosen to pursue sports broadcasting. This April, I’ll graduate equipped with the skills that employers in that field are looking for. This time around, I refuse to allow self-doubt be a part of my thought process.

“Don’t fear failure so much that you refuse to try new things. The saddest summary of life contains three descriptions: could have, might have, and should have.”

SPOILERS – I ENDED UP SOMEWHERE PRETTY NEAT. Revise in 2017 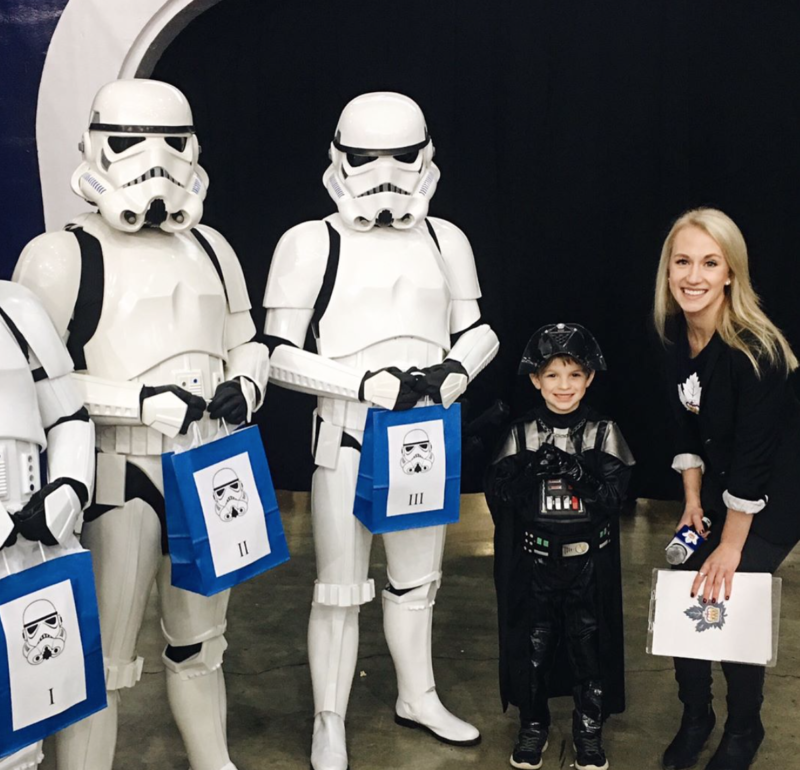 My Favorite Red Lipsticks for the Season

ADD A LITTLE PUNCH TO YOUR HOLIDAY LOOK It can be tricky finding the perfect shade of red lipstick . When...